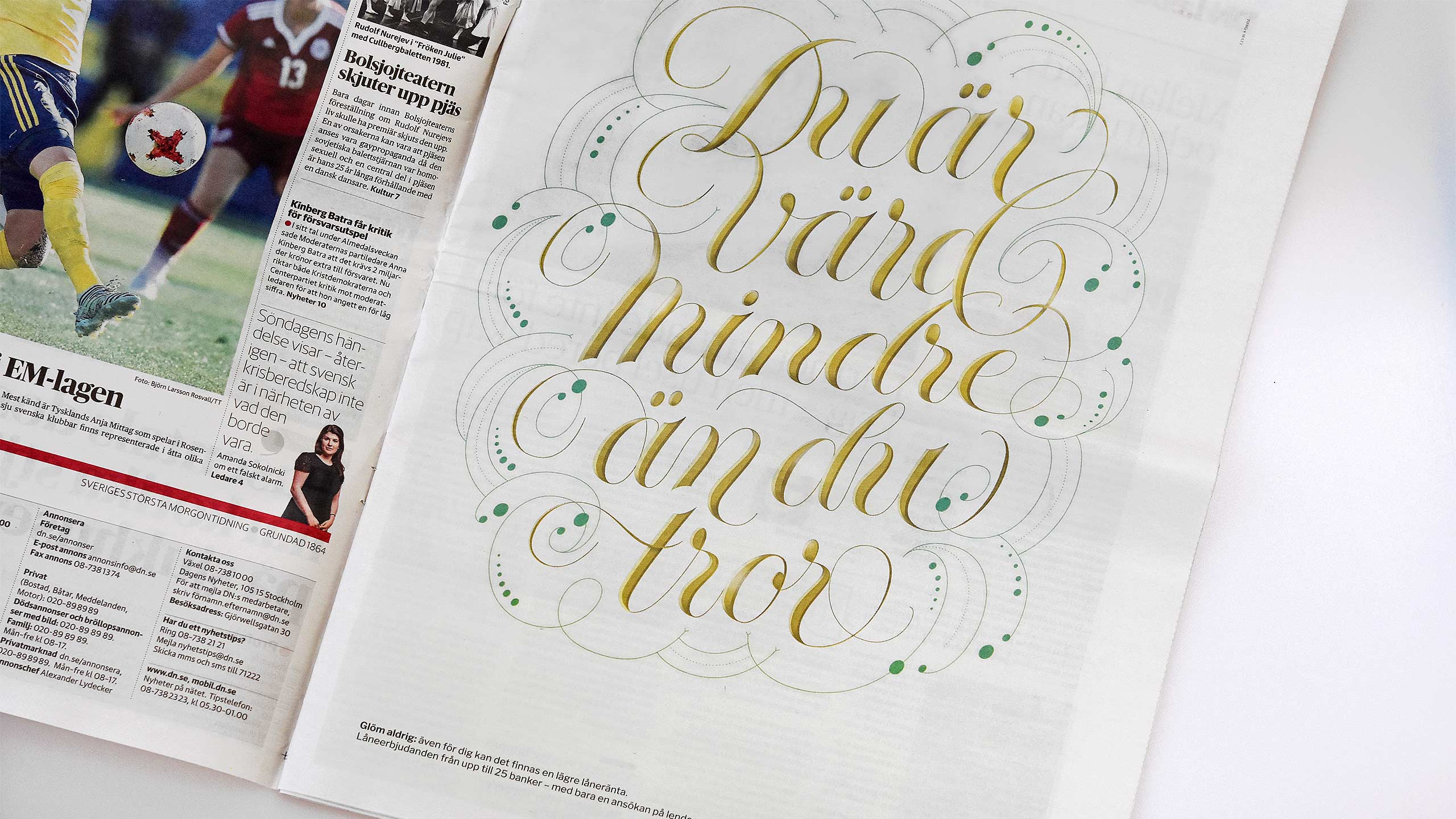 Award-winning Swedish agency Jung Von Matt needed a lettering for an ad to their client Lendo – the bank loan version of PriceRunner. Free of charge, Lendo compares different bank rates for you so that you can find the lowest possible rate. The main message for the ad were “You are worth a lower bank rate than you think”. Jung Von Matt wanted the ad and lettering to flirt with motivational posters like “Make today great” or “Carpe Diem” and add a twist to it. I received a couple of style direction images for inspiration and the sentence “Du är värd mindre än du tror” (i.e. “You are worth less than you think”). Jung Von Matt was looking for happy, classy, good looking and hand-crafted letters. Jung Von Matt also wanted the lettering to form a shape and to have gold and green as the main colours. The ad was published in Dagens Nyheter – one of Sweden’s largest newspaper magazines.

After researching lettering styles, I found that the Spencerian lettering style would fit perfect for this assignment. I collected a lot of inspiration and started sketching. After being satisfied with the hand drawn sketch I started to vector trace it in Adobe Illustrator.

Once happy with the vector version, I sent it to Jung Von Matt for approval. Next step depth: I also added shadows and highlights to give the lettering more depth and impact. Most of it was made in Adobe Illustrator but the final touches were made in Adobe Photoshop. By implementing a lot of flourish and swirls I formed the lettering into one unit. Both Jung Von Matt and the end-client Lendo are very happy with the result. 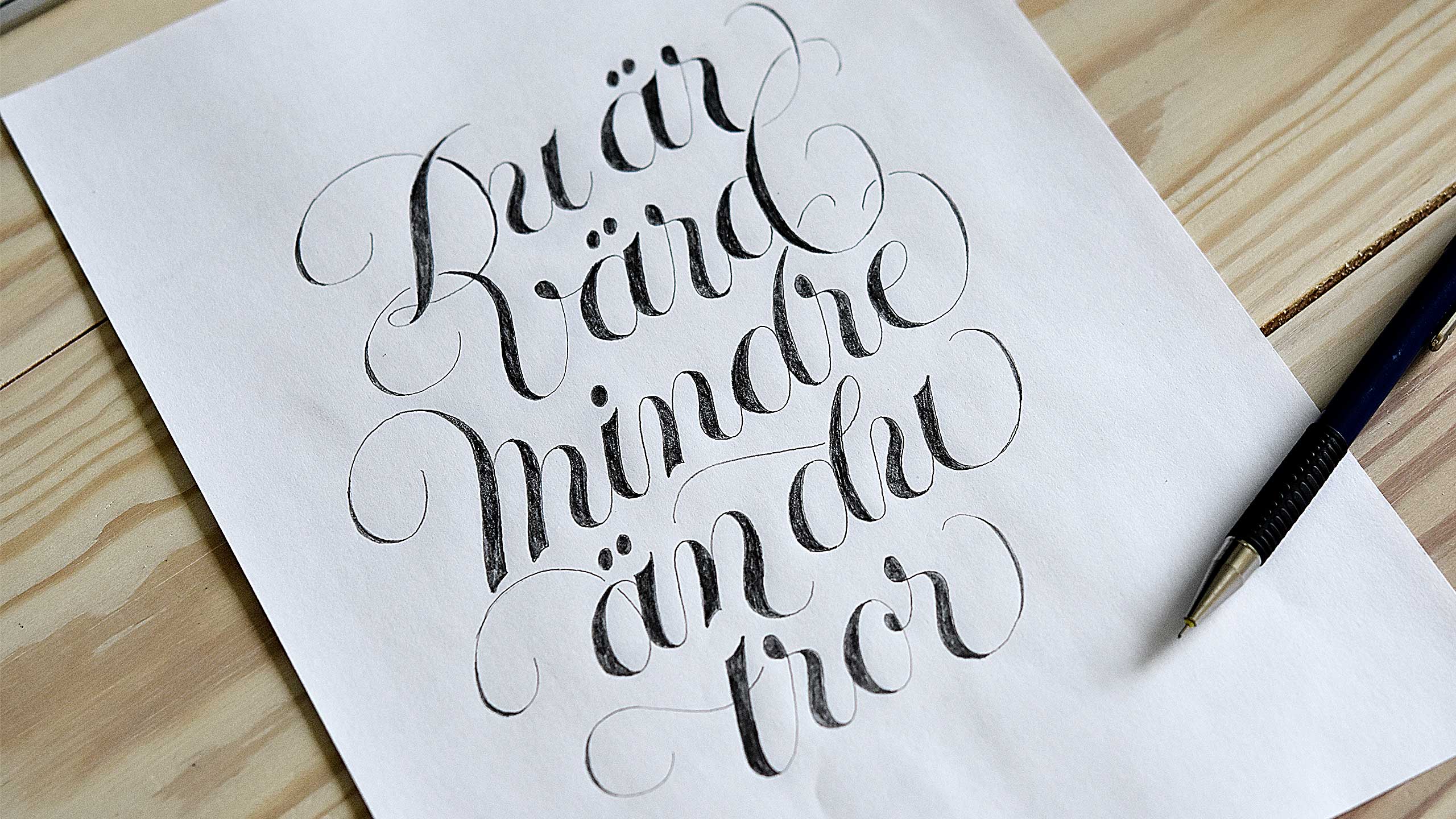 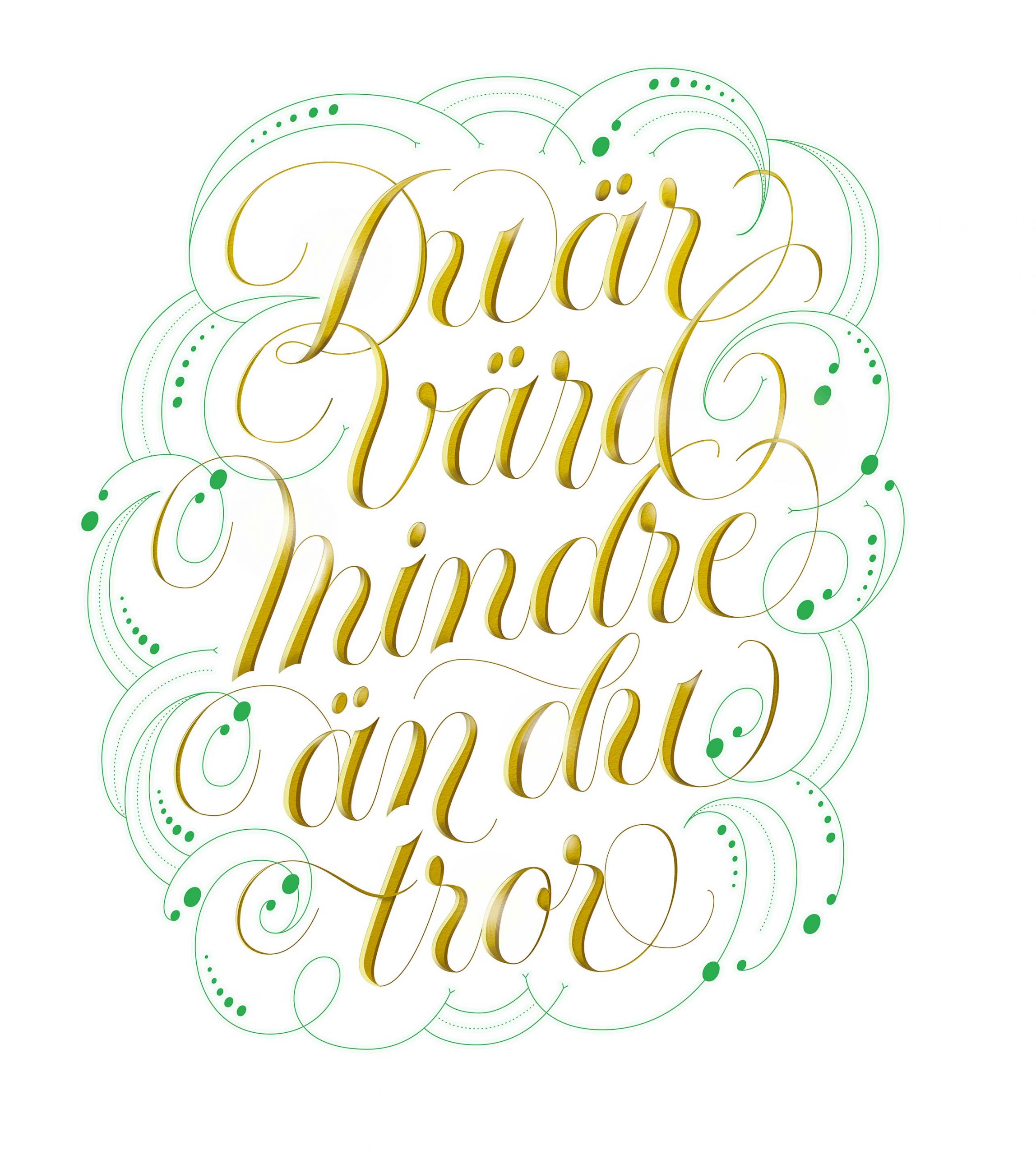 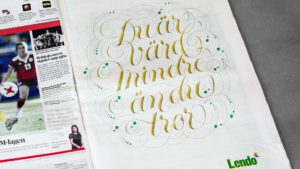 We are very satisfied. Thanks, Björn!”